Pisces 101: 7 Things You Should Know Before Dating These Old Romantics

As a proud member of the water sign brigade (Cancer, Pisces, Scorpio) I can tell you one thing for sure, we are an extremely intuitive and emotional bunch. If you were born between February 19th and March 20th, then you’re the last sign of the zodiac wheel, you’re a Pisces bay-bee!

Pisceans are ruled by the planets Neptune and Jupiter, this makes them shockingly open to all kinds of intimate scenarios, they can relate to all the twelve zodiac signs due to their extremely empathetic, giving and compassionate nature. People born under this sign are thoughtful and devoted to the people they care about, their overly selfless nature often makes them victims of self-serving people. Pisceans are pretty much those people in your lives that would love you with all their heart and might. They are most compatible with Cancer, Taurus, Scorpio and Capricorn.

I’ll be giving you a breakdown of what this mutable sign wants in a relationship and what you’re up against if this water sign is on your radar.

So, what’s a Pisces actually looking for in a relationship?

Pisceans don’t quite realize it but they gravitate towards grounded people, this sign tends to spend a lot of their time in a world of their own, daydreaming about endless and well unlikely possibilities. So what they unconsciously or consciously look out for in prospective partners is their ability to stay grounded in reality.

This sign needs a partner that can bring them back to earth when their head gets stuck in the clouds. Pisceans are also extremely creative and tend to turn to various forms of unhealthy escapisms to cope with life’s challenges, they not only need a grounded but practical partner, who can help them make the most of their creativeness and think through concrete ways to get through life.

Read: The Water Bearers: What You Should Know Before Dating An Aquarius

Straightforwardness, objectivity, spirituality and patience are core traits you should have if you’re looking to have a lasting relationship with this sign. Pisces babies are highly spiritual and agonizingly cautious about messing up. They tend to blow situations out of proportion by exaggerating negative aspects and obsessing over practicable or in most cases impracticable outcomes. You should also note that this sign is happier when they can be vulnerable so it’s important that you get them to unlearn their habit of suppressing their feelings and talk to them about how their emotional dishonesty can affect your relationship.

So, how do Pisceans behave in relationships?

This sign when in love can make the earth move for you, their idea of romance is classical and unique. So, you don’t need to worry about coming off as sappy because candlelight dinners, gifting red roses, or writing them an ode expressing how much you love them will definitely make them swoon.

Sex with this sign is beyond physical, they would lose themselves in you and form this spiritual oneness with you that would make the experience magical. When they are into you they make it quite obvious, they become super affectionate and sweet that you can’t help but wonder if they’re on something. Pisces babies are sensual lovers and fall in love easily, they rarely do casual flings and would most likely want a serious relationship, they will absorb you into their love atmosphere and give you their all in a relationship.

One thing this sign does seamlessly is go with the flow. Sexually this sign is submissive and can be anything you want them to be, they enjoy sexual fantasies and are gifted at role playing.

A Pisces is extremely mutable, they subconsciously try to adapt to your mood and emotional state. They rationalize their adaptations from a self-sacrificial point of view, what this means is they would sacrifice their own needs to attend to yours because they see your needs as far greater than theirs. It takes a lot for this sign to be completely done with someone they care about; they will offer you several chances to make things right before they finally cut ties. This sign is by far the most laid back and agreeable of all the water signs.

A Pisces would go out of their way to do something kind for you or help you with a problem, they are natural givers and can also be a tad bit too clingy. They give way too much, not just in terms of resources but themselves and sometimes to people who don’t deserve it in the slightest. A Pisces would put your needs before their own so much that they often get disappointed when they see that it rarely gets reciprocated.

Coming to terms with the fact that not everyone is as selfless and generous as they are is something this sign struggles to accept. You can always tell through the actions of a Pisces that they have a good heart.

No one trusts their instincts as much as this sign. They will make up their mind that they can trust you with all their heart from a gut feeling than observable traits. They have this ability to use their sixth sense to figure out what others are all about, they are able to see people for who they truly are and their true intentions.

A Pisces is somewhat flawed in the sense that, they leave things unsaid in hopes that their partners would intuit their feelings. In some cases a Pisces would expect you to be able to read their mind for your relationship to work. The best way to steer clear from these expectations is by getting your Pisces partner comfortable enough to say how they truly feel and make sure they know you have their full and undivided attention.

Pisces signs need their privacy. No matter how close you think you are to a Pisces, there will always be a part of them that they haven’t disclosed to you or something they haven’t told you.

Despite how invested this sign may be in people they care about, they are quite shy about revealing themselves and often have a hard time accepting help from others. A Pisces would often use a false chipper demeanor to deflect sharing their messier truths, this can leave one feeling like they have to constantly pry to get how they truly feel out of them. Pisceans feel that people don’t take the time to understand them like they do to other people and often feel that they will be misunderstood. Their giving and trusting nature often makes them targets of exploitive people. It can take them a while to get over being treated badly and they would often retreat into themselves to protect from further hurt.

If you ever try to end things or cut ties with a Pisces, prepare yourself to be manipulated and for them to refuse to take any responsibility for things not working out. A Pisces will most likely guilt trip you with all the things they have done for you and might even tell you directly or indirectly that if there’s anyone that should be breaking up, it should be them.

Although Pisceans are the most emotionally vulnerable and easily hurt of all the star signs, they are usually very forgiving and their bouts of self-pity usually don’t last for long.

If you lack in the creativity department, fear no more because this sign has a lot of creativity to go round. They will keep you enthralled with their many dreams and explore creative avenues that may at first come off as impractical.

They also have strong imaginations and often zone out because they are daydreaming. Pisces babies are the most artistic of all the signs and need a partner that can help them channel their creative energy into something feasible and fulfilling.

I wish you all a very merry Pisces season! If you have this sign in your circle, I advise you get them sentimental and heart melting items. 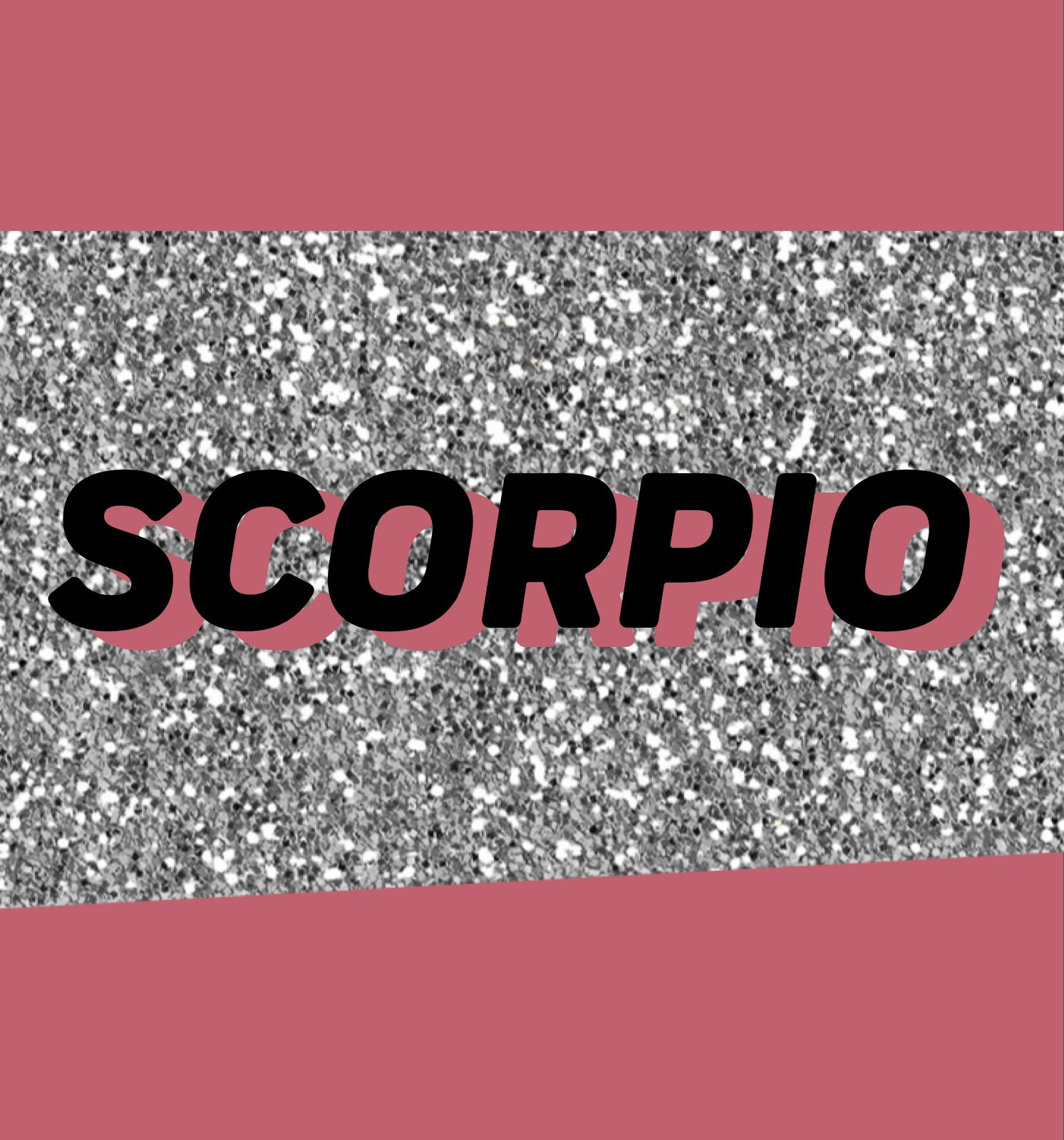 Wahala, Its Scorpio Season: Everything You Should Know Before Dating These Femme Fatale’s 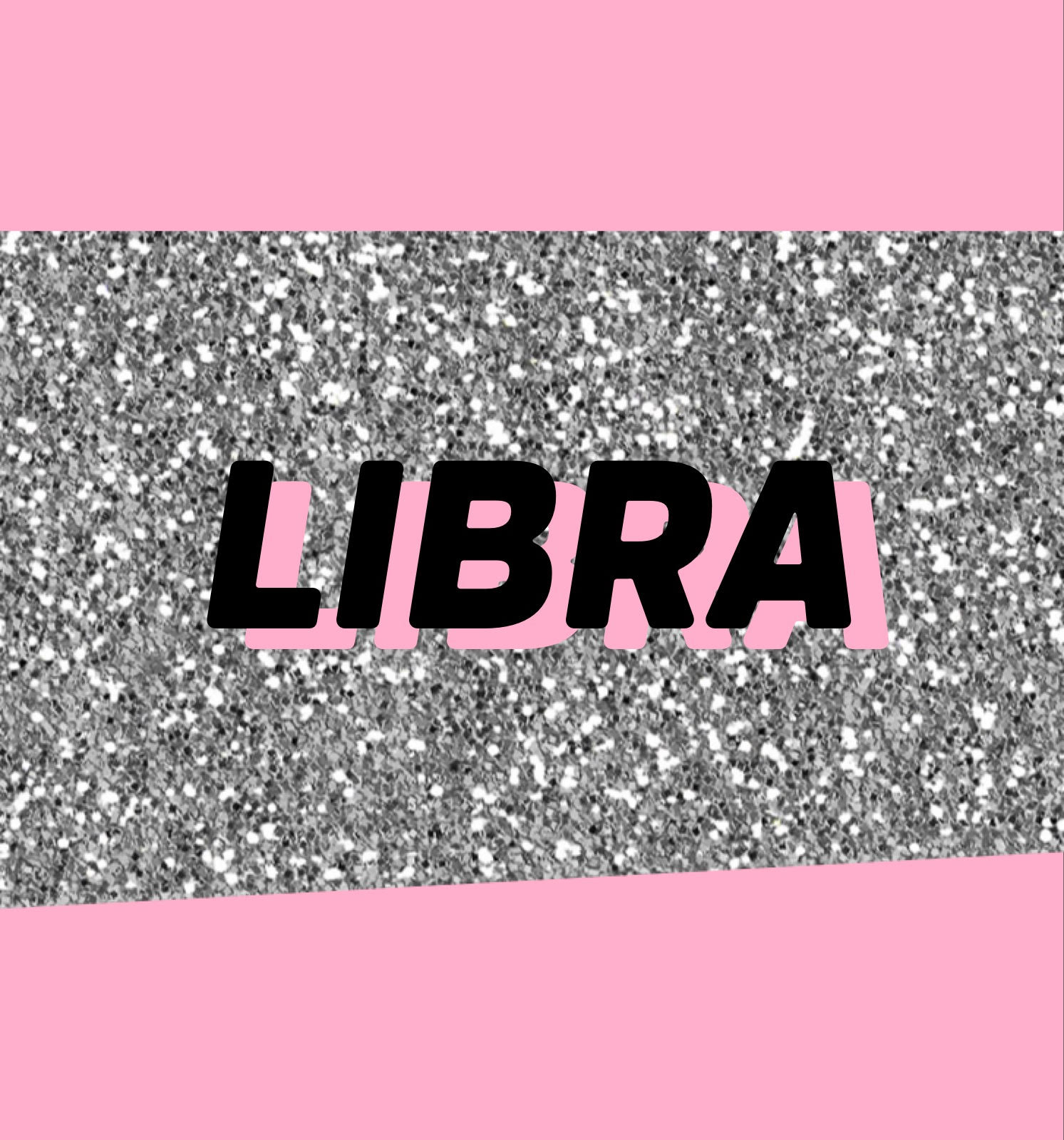 It’s Libra Season: What You Should Know Before Dating These Natural Charmers 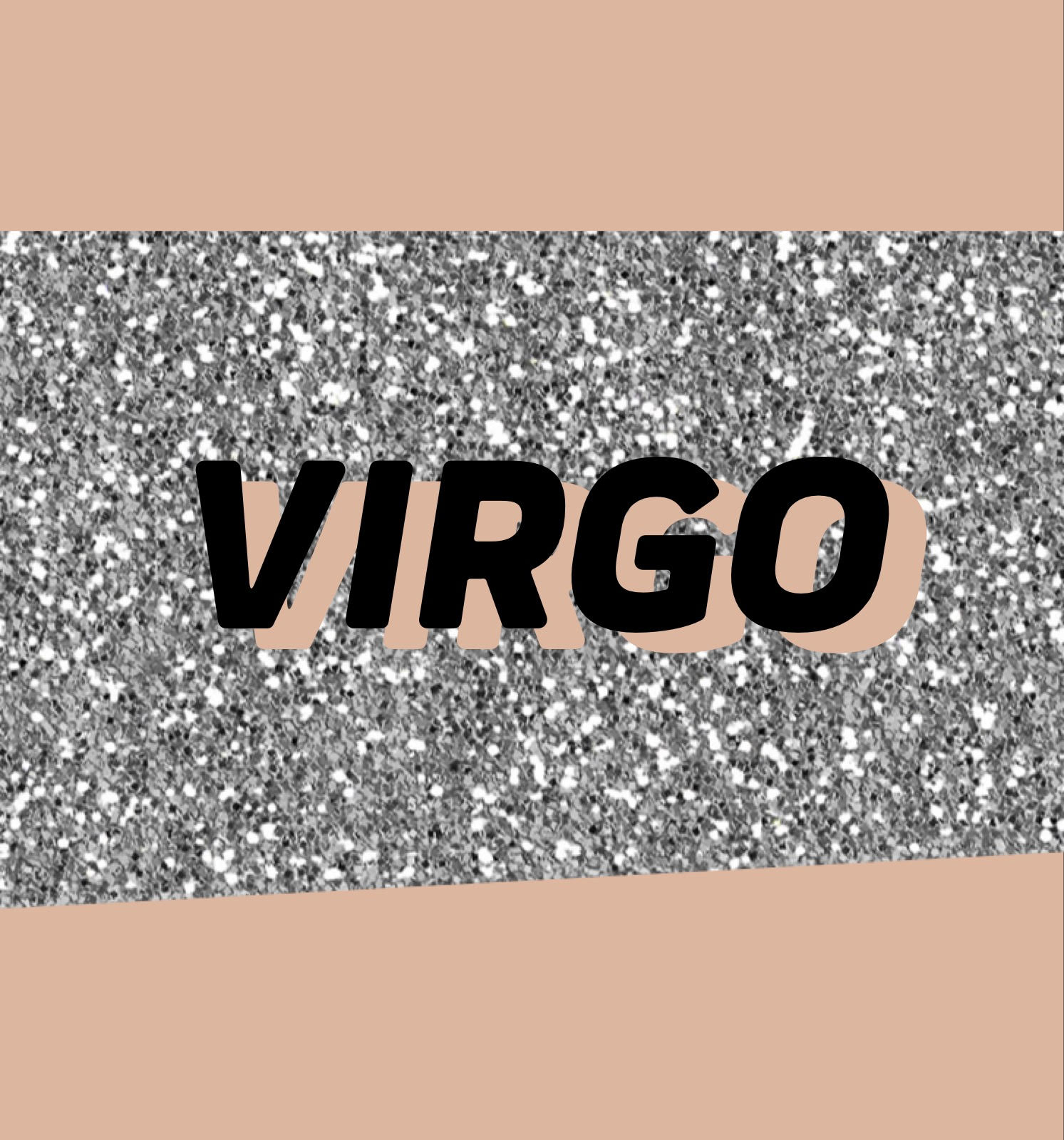 Virgo 101: Everything You Should Know Before Dating These Altruists 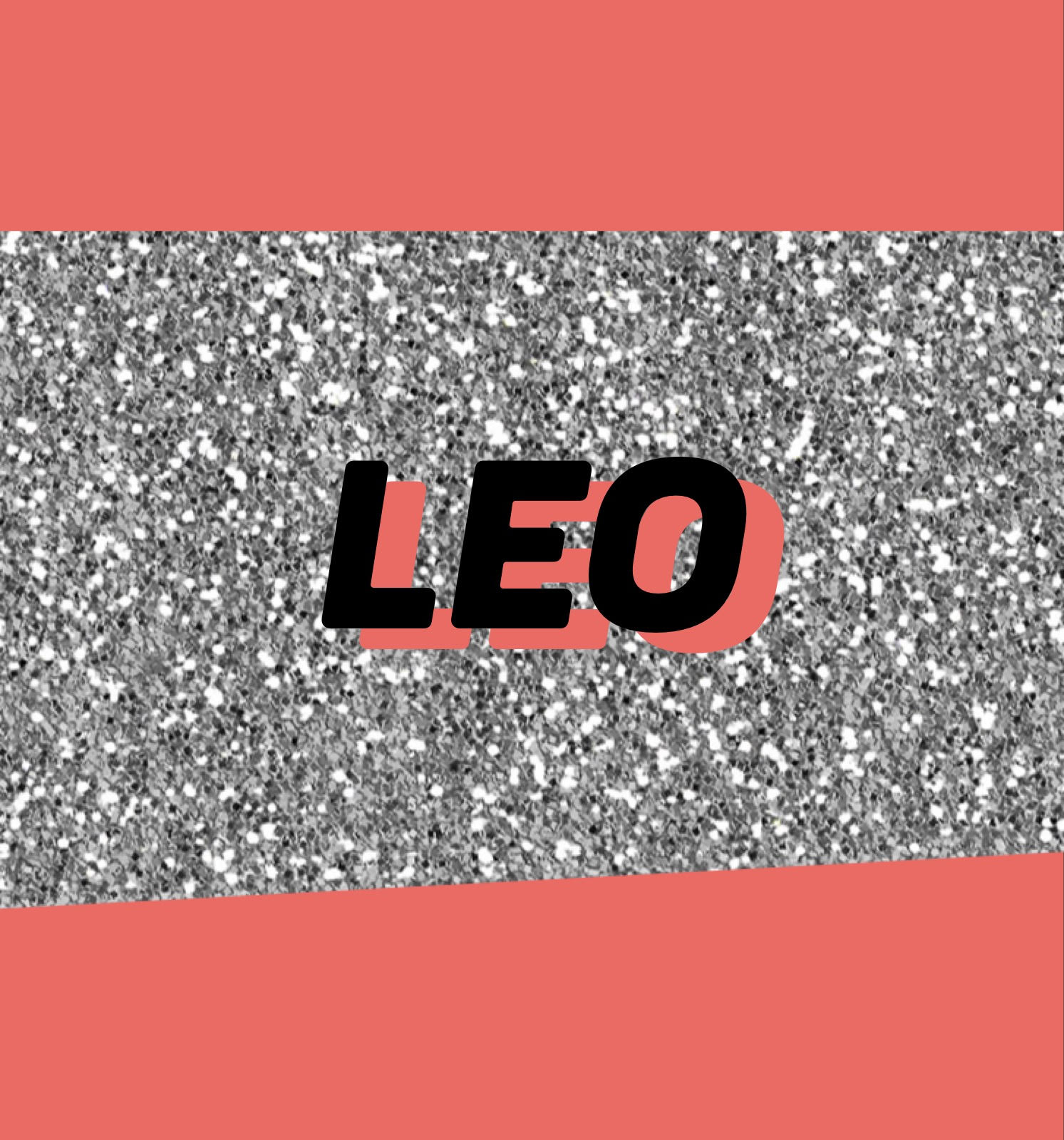 Hear Ye, Hear Ye! It’s Leo Season: What You Should Know Before Dating These Astrological Divas