Remember when Samantha in Sex and the City met a man she called Mr. Cocky? At the time she didn’t know his name actually meant something other than his attitude. Samantha usually loved a challenge when it came to sex but at the end of the day, as much as she wanted him, the size of his dick could not be conquered.

I once heard a story of a woman saying she experienced damage to her uterus because of her experience with a well endowed man, so you know we were curious enough to ask our community. We spoke with 10 Nigerian women and asked them to spill on their awkward experiences with huge penises, and the responses are hilarious.

I dated this guy with a really tiny penis. Once, I told him sex with him felt ticklish — I know that was mean — but that’s how it honestly felt. I believed the problem was the size because I thought a bigger dick meant better sex but I was wrong. Eventually, when I slept with someone who was well endowed, it was painful. All I felt all through was pain. There’s this faux confidence that comes with having a big penis – It prevents these men from actually paying attention to satisfying their partner. In my experience, I wasn’t properly aroused so when the sex happened, it was just so uncomfortable. I couldn’t wait for it to end and it ended fast. Moving forward, I would insist on my own needs. I assumed that by virtue of the size, I would be satisfied so I really just laid there and let him do all the work. As I grew older, I learned to be more expressive about what pleasures me. It’s only worth the hype when the owner can use it. Otherwise, it’s just stress. — Nene, 29

Half Human, Half Horse

I used to assume that men with big penises are confident because they know how to satisfy a woman. The first time I saw a big dick, I was marvelled. It was like being with someone who was half human, half horse. I was honestly terrified of something so big going into me. We eventually had sex and it was painful at first, but later became sort of pleasurable. Overall, the sex was mid. I would probably do it again but maybe not. — Charlotte, 21

Can you imaging being with a sex addict who has an 8 inch dick? I’m talking sex every single day. This was my situation. My then boyfriend had a high sex drive and he just loved that I could handle him. Except that I actually couldn’t. My vagina really went through it while I was dating this guy. No matter how wet or well lubricated I was, sex with him always left my whole body feeling sore. I don’t even know how I put up with it for as long as I did. Thankfully we broke up and now I’m back to having sex with regular sized dicks. — Annabel, 24

I was very attracted to this guy who seemed to tick all my boxes. He came back to my apartment one night and I was so excited to get with him because I wanted him so badly. He was great at foreplay and wasn’t just trying to rush to have sex and that turned me on. I decided to give him a blow-job because I thought he deserved it but when he took off his pants, I almost had a heart attack. His dick was HUGE. I actually started sweating because I couldn’t believe my eyes. To get it to even fit into my mouth was a task. I didn’t want to back down because I was so determined. Too determined actually, because I ended up hurting my jaw. I decided to just give him a hand-job and then I asked him to leave. We never had sex because I just know if we did, that would have been my cause of death. Death by dick. — Dami, 26

My first experience was horrible. He kept asking if I was feeling it and I was like, “Yes. In my esophagus!” After 3 thrusts, the man was done. It was a waste of size. If you’re dating or sleeping with a guy who has a big dick, I would suggest more foreplay to make it better. Unless, you’re not going to have a good experience. — Mimi, 29

The first time I had sex was with my boyfriend at the time who had a big dick. My first experience was very painful and I found that he couldn’t last long. He was also a selfish lover who never prioritised my pleasure. Once he came, that was the end of that. When we broke up and I got into another relationship, I realised that it wasn’t a matter of size but how skillful you are. — Dee, 23

The last guy I had sex with who was well endowed, expected me to experience pleasure simply from the sheer size of his dick. He was surprised that I wasn’t moaning so I tried to fake it to get myself out of there. All I felt was pain and anger for putting myself in the situation in the first place. Girls, run away from big dicks! And, no, I wouldn’t do it again. — Bibi, 23

The idea of it was fun but the experience was deadly. A big dick doesn’t equal good sex. It wasn’t worth it at all and I most definitely wouldn’t do it again. — Beck, 24 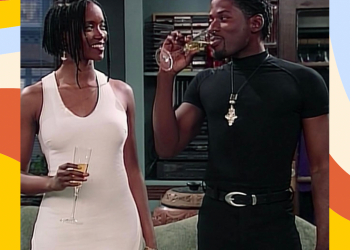