The Single Girl Diaries: The Time My Boss Wouldn’t Stop Harassing Me

The Single Girl Diaries is a new series where we explore the many interesting, unfiltered stories and experiences of Single girl’s everywhere, from the fun times to the not so fun times, we want to hear all about it! The stories range from experiences with sex and dating, money, self improvement, career and sexual health.

In this article, *Chi shares the story of the inappropriate behavior she kept receiving from her boss at her work place.

I had just started my new job at a media house and I couldn’t have been happier because I had been unemployed for almost 4 months at the time and my mental health had really been suffering.

The pay wasn’t bad and I couldn’t even complain because like I said, I had been unemployed for a while.

My first few weeks there wasn’t bad at all and the people in my department were bearable to work with. Although one thing I quickly caught up with was how obvious it was that everyone was sleeping with everyone at work. And I mean, everyone.

My first month there, I was very standoffish and always minded my business but once I got comfortable with my co-workers, they filled me in on all the tea. It was a communications agency so you can already guess how chill the office environment was. Everyone was really great at their jobs, but also great at having office sex/relationships.

The tea was always hot.

To be honest, I was very single and didn’t mind having an office husband that would break my back from time to time but that one is another story for another day. I actually had a casual relationship with someone but the drama that came from it almost got me queried at work but enough about that.

On several occasions when I was sent to his office for meetings or to deliver something, I would catch the MD being cheeky and flirtatious with me. It never sat right with me because not to state the obvious, but that was the managing director of the company I was employed in.

I never said anything to anyone about it because I didn’t want to be that person and I really started to think that it was all in my head.

Well, that was until this one particular day.

I was called into his office and when I got in and sat down (thinking this man was going to say something sensible or even applaud me for the work I had been doing, because the week this happened, I had really been killing it at work), he started by asking how I was doing and how I was finding the office, and if the work wasn’t too much for me. I responded normally and after this, he straight out asked me what I was doing the following weekend, because he wanted to take me out.

And not just take me out to a random restaurant or anything like that.

He asked me to pick a country, or a resort in the country if “I’m unable to fly out”, so he can spoil me and show me how much he really ”adores” me. 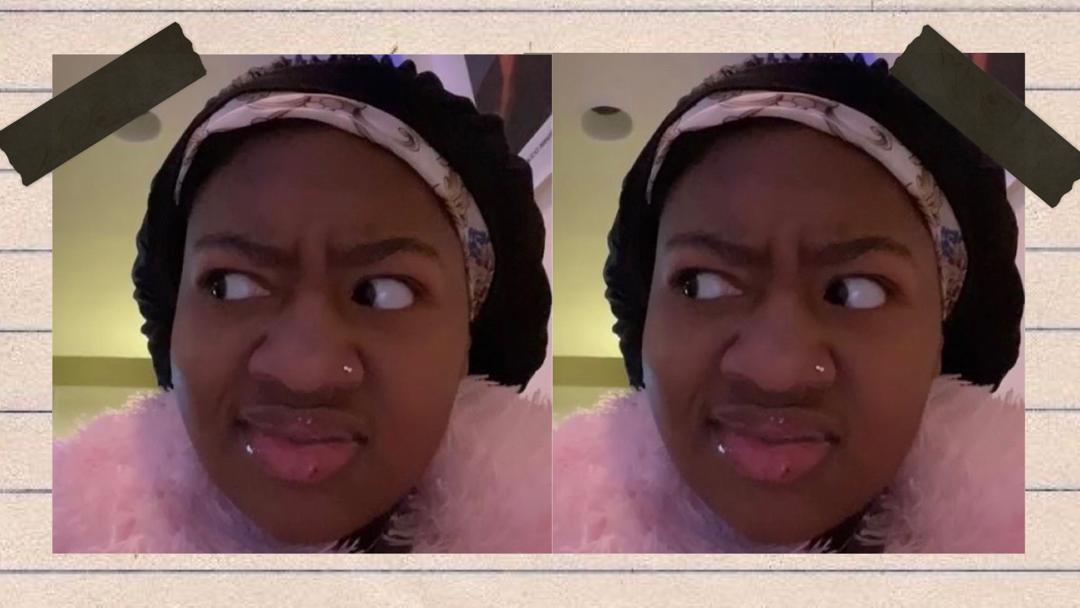 The conversation literally went from zero to 100, and I was so speechless. As in, thinking back now, I’m really not sure what he wanted me to say.

I wished so bad that I could take the trip, but without the man.

I told him I appreciated it but wouldn’t be able to see him outside of the office walls because he was who he was, and most importantly it would have been inappropriate.

I wish I could put into words the way he chuckled. Almost like he was saying I don’t have to fool him.

I brought up an excuse after that and quickly exited his office. Again, I mentioned it to no one.

On another occasion when I was sent to his office by my supervisor, he was standing right beside me and had his hands on my lower waist, very close to my bum. I was very uncomfortable because I could tell this man was trying his very best not to take his hands further down.

I told him it was kind of inappropriate and he laughed and apologized. He said how I should reconsider the trip, so it can be his way of saying sorry properly. I’m not going to lie and say I didn’t consider it, because a trip out of the country sounded amazing, but I wasn’t stupid.

Prior to this day, one of my co-workers had gisted me about him and what he gets up to. Apparently sleeping with his employees was his thing and he was excellent at it. He actually wasn’t bad looking and he knew. I even got to find out later that the co-worker that gave me tea about him had also slept with him, it suddenly made sense why she was so invested.

This went on for a while.

After I couldn’t take it anymore and finally decided to talk to someone about it, I chose to speak with my supervisor who was a female as well by the way, and the conversation almost made me vomit.

I told her everything and I remember how confused she looked.

She told me that she knew the MD really liked me and had taken interest in me, and that she didn’t see a problem with it because if I stuck with him or started dating him, my future at the company will be set. She said it wasn’t a big deal because even if it was sex he wanted, wasn’t it just sex? She had also unnecessarily mentioned that she knew I was single, so didn’t see the big deal.

The way she dismissed me ehn, you would have thought the issue/matter was so trivial.

I’m still working at the job, and he has backed off (a bit). All I can say is women, we really try. Even at the work place, most especially the work place, we’re being harassed. And the fact that I chose to speak to a woman about the issue I was facing, and her response to me? shocking to say the least.