In this article, *Janet takes us back to the Summer of 2021. She talks about spontaneously meeting someone she thought she had a future with, only to end up being lovebombed and ghosted.

My dating life was put on pause for a whole 3 years because I got into a serious relationship. Unfortunately, we finally ended things because he was a serial cheater. I wish I grew the balls to walk away from the relationship after being cheated on multiple times with multiple people, but I just didn’t know how to let him go so I kept forgiving him. I’m happy one of us had the audacity – even though I wish it were me – because he’s the one who ended things with me. And his reason was, he didn’t see a future with me any longer. I was utterly shocked when he sent me the text (yes, he broke up with on WhatsApp. How fun!) and most especially because he was the one who was constantly unfaithful and I was the girlfriend who kept enabling his trash behaviour by making excuses each time he stepped out.

Anyway, after that relationship ended, I was very much single until Summer 2021.

Before I get into the details, I would just like to point out that I’ve come to the conclusion that I have bad karma. I don’t know what I did in my past life or who I must have offended, but please I’m sorry, to whom it may concern.

So anyway, Summer started pretty boring for me. I didn’t have any plans asides going to work and then going back home because all my friends had Japa’d so I was stuck between making new friends or being a couch potato. And best believe I went with the latter.

However, after much motivation from the only friend I had left in Lagos, I started going out a bit more and attending events here and there.

The day I met Laolu* was at some brunch thing that happened in the evening (Trust Lagos organisers to host a brunch event in the night.) He was a friend of a friend and tbh, although I found him attractive, I just wasn’t feeling him like that. However, at the end of the night, that seemed to change. And you can blame it on the four (maybe more?) mimosas I had. Don’t get me wrong, he was an attractive guy. But something just told me not to act on his flirty comments or read too much into it. Let’s just say that was my future self guarding my heart from the second major heartbreak I was about to experience. So anyway, we ended up making out intensely at the party and the night ended with us exchanging numbers.

A Summer Filled With Love

After the brunch-ish party, I didn’t think Laolu was going to actually call me, but he did – The next day. He was so direct, he called asking what I was up to and I remember telling him I was working. After the usual “where do you work / what do you do” conversation, he told me he was going to stop by to take me out to eat afterwards. He didn’t ask me, he told me, which I found very sexy; A man with a plan.

Like clockwork, he was outside my office at closing time, and we went out to dinner. I don’t know what it was, but he was so sexy. He spoke so intellectually and I found it so stimulating. We had intelligent conversations and I found myself getting drawn to him. After our date, he took me home which I found to be very thoughtful and again, we kissed rather intensely and said our goodbyes.

Every other day from then on was romantic and intentional. Every day after work, he would pick me up and take me wherever I wanted to go. And most times, he would plan our dates. I was infatuated quickly – I started planning baby names (in my head oh.) and doing all those cutesy things you do when you think you’re in love but not quite sure yet.

The day we had sex was when he introduced me to his family. Please, bear in mind that we had only known each other for about 3 weeks at the time. But tbh, I didn’t care. I thought I had found my husband. He invited me to his home for no reason at all, and that’s where I met his parents and two brothers. His family was so warm and welcoming. His family house is in Ikoyi and their home is.. huge. I really thought I had found a rich, caring, well-to-do man with a wonderful family.

After meeting his parents, he took me to his section of the house and I got comfortable in his room. Before he could say jack, I pounced on him. Sex with him felt right and after a few days, we started having unprotected sex (we both got tested beforehand.) Like I said, everything just felt right.

Towards the end of Summer, I noticed a change in his behaviour. Nothing drastic, he just wasn’t as present as he was at the beginning. He wasn’t making plans anymore and he wasn’t as intentional as he was. I just felt him getting distant day by day.

I spoke to him about it many times but he kept assuring me that we were fine. I was never really satisfied with his responses because I wasn’t even sure what we were doing. To me, it felt like we were a couple but I didn’t assume. I wanted him to confirm that we were exclusive but it seemed like he was running away from giving a direct answer.

Sometime in September, towards the end of the month, things had completely changed. In a week, I would hear from him only once or twice and sometimes he wouldn’t even reply my messages for days.

One faithful day, I watched his snap story and saw he had traveled. At first I thought it was a ‘memory’ but I needed to confirm so I called him directly, but it didn’t go through. I sent him a message about his snap and he didn’t respond until evening.

He told me he had indeed traveled to London for his Masters Education and planned to inform me once he got settled.

I asked him what that meant for us and he said we could try long distance but truth be told, it wouldn’t work out because of our different schedules and so on.

Again, I was beyond shocked.

He told me he enjoyed spending time with me and that he would always cherish what we had but in reality, that’s all it was. A summer fling.

Before I could even insult him, he told me he had to get off the phone but would call me back in 10 minutes.

He never called back and that’s how we drifted apart. To say I was heartbroken is an understatement. I was torn. I opened myself to someone I thought was doing the same, only to find out I was a “summer fling.” A lot of men don’t deserve genuine love tbh. And that’s why wickedness has been my motto ever since.

If you’re a Single girl and you have a story you would like to share that falls under either of these categories; sex and dating, self improvement, mental health and sexual health, click here. 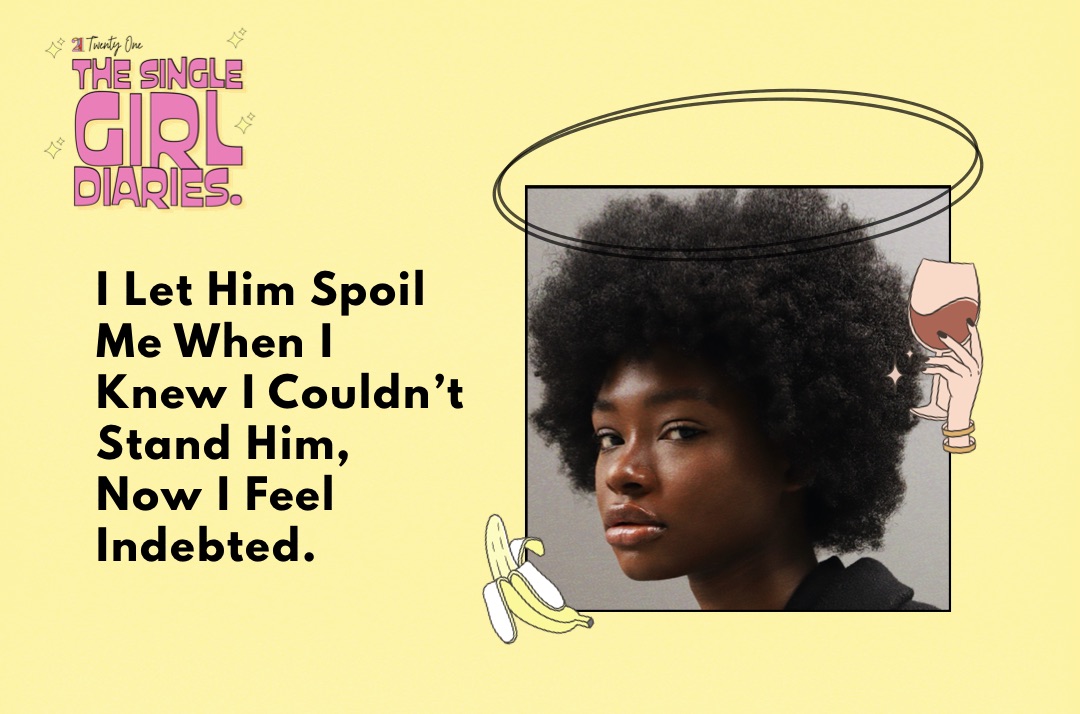