Apparently, the fastest way to get over someone is by getting under someone else. We’re sure you’ve heard that before and while it may work some, rebound sex isn’t always a good idea, especially if you’re using it to escape your emotions.

In this article, we spoke with *Faith, a 20-something year old Nigerian woman who shared her experience having a rebound after her 2-year relationship ended.  Spoiler: It really didn’t end well.

Whenever I think about the very first time we had sex, I feel this adrenaline rush through my veins. I instantly get turned on because it was truly one of the best times of my life. From the way he would choke and stroke me at the same time, to how he would look directly into my eyes while rubbing on the right places. See, Goosebumps.

I met Eric through a friend and a customer. It started off as a simple conversation about business as he was my very good customer during my short lived shawarma business. He would always order for two wraps and we would always text on WhatsApp after his food got delivered to him. We would talk on the phone sometimes and each time we spoke, it was always so hard for me not to tell him how attractive I found him.

One day, he ordered his usual but asked me not to send my delivery driver because he was coming himself, to pick up the food. When he got to me, I was lost for words. He wasn’t even dressed up on this day as he told me he had been running around trying to get his phone fixed but still, he was so charming and sexy, I’m not even exaggerating. From his glowing dark skin to his muscular-not-too-muscular body, to his neatly cut hair to his nicely trimmed beard, Lord have mercy, all of me wanted all of him. He had that bad boy toxicity aura about him, but I’ll get to that.

Mind you, I was in a relationship during this period and the whole time before my breakup happened, Eric would always go on and on about how sexually attracted he was to me. I’m not one to cheat while in a relationship so I always declined going on dates with him and always changed the topic to conversations that involved my partner. So he was well aware I wasn’t single even though I knew that he knew I would devour him if given the chance to.

So let’s fast forward to when my breakup with my boyfriend happened, I was frustrated and heartbroken due to the series of events that led to the relationship ending but I didn’t mention this to him (Eric) but I’m guessing he knew because more direct and even more sexual during our phone call and text message conversations.

As you can already guess, he eventually invited me over to his place and the plan was to just talk while we snacked on edibles, binged Netflix. 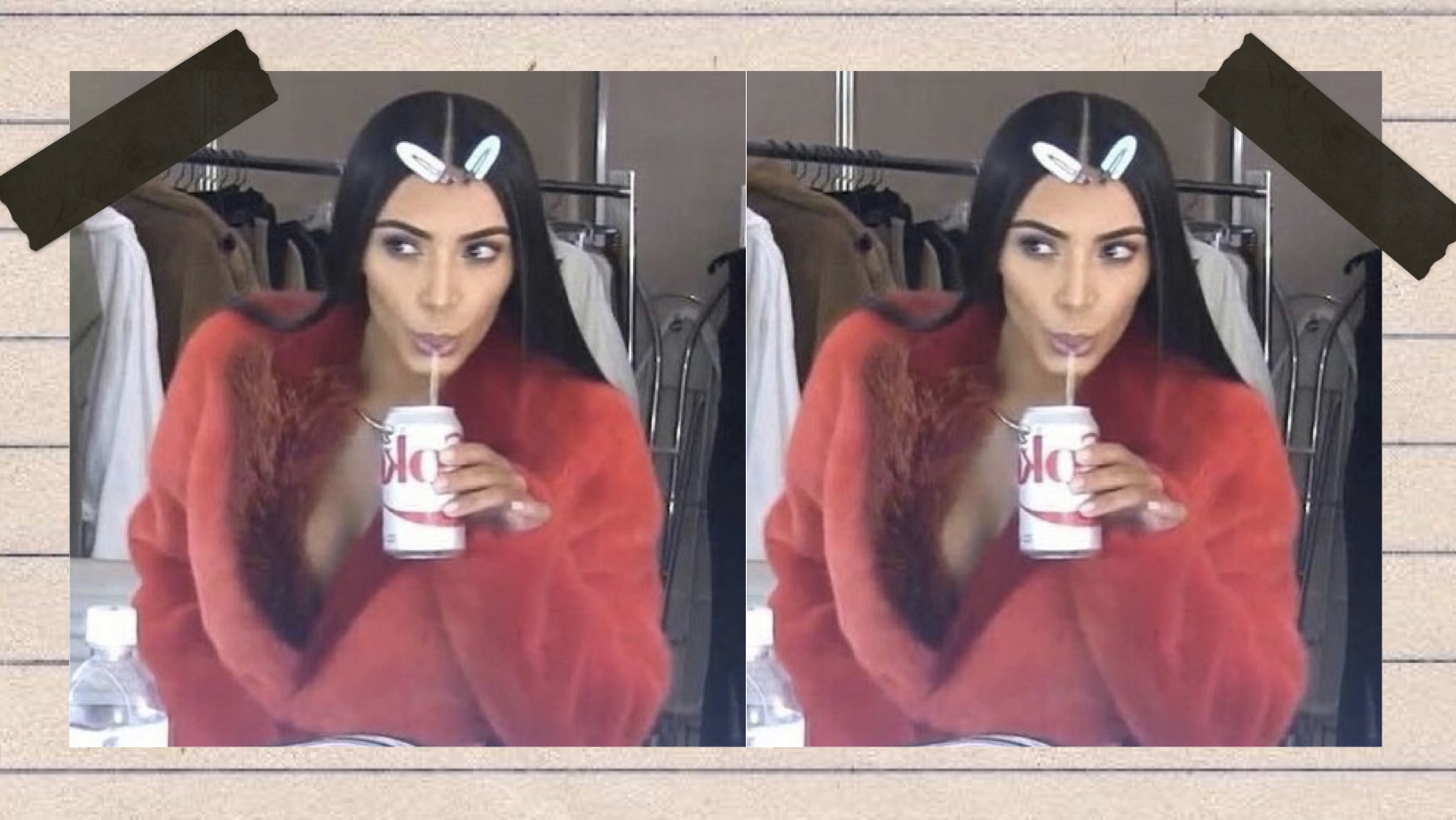 I had just gotten out of a 2-year relationship so I was bored, miserable and most of all, sexually frustrated so I obliged to honor his invitation after turning g him down so many times. I was actually so nervous, I even remember calling a friend and them telling me to be careful (always listen to your good friends!) I got up and took a shower, purposefully used the one perfume I have that exudes “fuck me vibes”, wore a pair of jeans and a simple top, called my uber and then headed out.

I got to his and called him and he legit walked out bare chested. I know we were supposed to exchange pleasantries as courtesy demands but the whole time while we were hugging, he was sniffing around my neck which caused my vagina to THROB. In my head I had already had an orgasm. I don’t know how to explain this but, this man carried this very intense sexual aura, the way he talked and stared directly into my eyes while speaking to me, to the way he casually bit his lips while staring at me.

Read: The Time I Fell Deeply For Someone Who Was Emotionally Unavailable

So anyway, we went upstairs and I got comfortable. We talked, shared a blunt, watched Cruella, ate and then obviously, the weed started to kick in and I slowly started to let my guard down. I went all quiet on the outside but my insides were dying to be touched in the heat of the moment, but I didn’t make the first move no matter how long it got, so I waited for him. This whole time, we were sitting across from each other on two different couches, and then suddenly the room was filled with so much sexual tension. I’m talking butterflies in my tummy, heart racing and I remember biting my lips in this very sexual and provocative manner. Finally he broke the silence and asked if he could join me on my couch and I nodded so quickly before he could even complete the sentence. He proceeded to join me and then I slowly put my head on his shoulder and he put his hand around my neck. After exactly 2 minutes of us pretending like we weren’t ready to jump each others bones, as quickly as ever, his lips were on mine.

When I tell you I blossomed like a flower, I really did. It started softly at first then quickly became intense as I grabbed him around his neck as if he was the only solid thing that existed in the world. At that point, I didn’t care about any other thing. All I cared about was that moment, it was really beautiful. As things intensified we were no longer sitting. I was lying on the couch and he was on top of me. His body was against mine and the warmth of his hands on my body was sensational. We continued kissing and then he proceeded to give me neck kisses while playing with my body like a child that just got their first toy.

That was the first time I met someone as sexual as I am. We had the same drive, it was insanely satisfying. We went rounds in different positions, it was the best sex I ever had. He did everything right and made sure I was well pleasured, I was so turned on by how selfless he was (in bed.)

I went home that day with thoughts of him stuck in my head. I couldn’t stop thinking about ‘our moment.’ Seeing how I was beginning to reminisce about the time we had spent and the constant thoughts about him without even trying, I told myself I had to stop before it turned into an obsession, so I decided I was going to ghost him. But just as I was still having the conversation with myself on what to do next, a text came in and it was from him. You know the dick is good when you start smiling whenever his name pops up on your screen. I lost concentration immediately and I was already in his DM’s typing back a reply.

After 2 weeks of not being able to get him out of my head, one night while we were texting, I told him I had something I wanted to share with him and he was attentive. I told him how sexually attracted I was to him (all code for, I’ve caught feelings) and he responded saying he wasn’t surprised because according to him, he had already figured it out. We spent the rest of the night sexting and then the next morning, we were already fixing another “date.” So we met up again and it went well and was even better than the first time. I was so convinced I had found myself the ultimate fuckbuddy.

After that day we met up a few more times, well twice to be precise until things changed. Sex with him didn’t feel good to me anymore; there was no longer foreplay and he wasn’t taking his time to please me like he used to. I was way too attracted to him so he didn’t have to do too much to get me turned on, but suddenly he wasn’t as spontaneous as he was when we started whatever it was we were doing. He was now absent minded and would satisfy himself and not pay any attention to me.

I remember how this hurt me and I would cry and cry and cry because I obviously caught feelings. I mean, I knew this was going to happen because google warned me, my friend warned me and I even warned myself but I didn’t listen. Even though I was distancing myself away from him and not replying to his texts or answering his calls, I was hurting and this man didn’t even notice or try a little harder.

I eventually decided to move on and deny him access to my body for good, so I deleted everything that reminded me of him at the time. Now four months later, and he hasn’t texted or called to find out why I suddenly went MIA on him. Thinking about everything now, I feel sad and I’m just wondering why things had to change. Maybe I was expecting too much from someone who made it obvious that they were just crazy about my body and not me as a person. Well, what can I say? The perils of having a rebound while still grieving over a breakup would fuck you up even more than the heartbreak.

*Some names have been changed