April is Sexual Assault Awareness Month and statistics have shown that one in three women has experienced physical or sexual violation in their lifetime. Women are sick, tired, and overwhelmingly exhausted from feeling unsafe in public, and especially around men. It could be a walk outside in daylight, partying at an event, visiting a friend, being in your own home, or literally just breathing, and at any point in time, women can still get assaulted. Here’s a short (and could be much longer) list of things men can do to make women feel safer.

1. Intervene When A Women Is Being Harassed or Objectified

Let’s start off here. Whether you’re alone or with a group of friends, if you ever witness a woman being catcalled or harassed, do something. Approach her gently and offer assistance. “Hey, are you okay?” “Would you like me to call someone for you, a friend or family member perhaps?” “Would you like me to stay with you until someone arrives?” Understand that no matter how you approach her, she will most likely still be scared so follow her lead and try to keep a bit of distance while letting her know that you’re there to help.

Men need to stop whistling, shouting, and calling out sexually or physically suggestive comments at women who are just walking by and minding their business. Surely, you can survive without voicing out your derisive comments on how a woman looks, or what your — absolutely not needed — opinion of her is.

No, she’s not your spec. No, you do not have her type at home. No, you don’t need to comment on her weight or body type, and no, she doesn’t need your help reminding her that she’s a fine girl. Just get lost.

Catcalling is terrible, but catcalling in groups? It’s so abnormal that it makes me believe that men who spend their time catcalling, especially in groups, have mental illnesses. Men, please call out other men who do this because it really starts from you. It’s an insidious and disgusting act, and it really affects women in the long run.

Read: 6 Nigerian Women Share The Times They Have Been Slut Shamed By Men

Every woman panics when a man – or men – walk closely behind her in public, most especially when she’s alone. At least I know I do. It really doesn’t matter if you have good intentions or no intentions at all. You’re automatically a threat before you even get a chance to prove otherwise. It’s nothing personal, we just don’t want to be assaulted. If you notice a woman is uncomfortable while walking behind her, please cross to the other side of the road and keep as much distance as possible, so she doesn’t feel like she’s being followed. This minimizes her anxiety or fears in that moment.

5. Keep Your Hands To Yourself

Don’t be that guy who touches a woman without her consent, whether or not you have a weird or inappropriate intention behind it. No woman likes to be randomly touched by men they don’t know. Especially those men that will DIE if they don’t put their arms around a woman’s lower back / waist for no absolute reason. It’s disgusting, and it is very uncomfortable for many women. As a man, make it your duty to consciously avoid touching women you don’t know (in fact, even if you know her, be careful of how you touch her) because we notice these things. Whether you’re just walking past in a crowded room, or just trying to get from point A to B, your hands shouldn’t find their way to a random woman’s waist. What is the reason?

6. And While You’re At It, Keep Your Unsolicited Sexual Jokes To Yourself

Also stop encouraging sexist and degrading conversations amongst your friends. Call them out on their inappropriate, entitling or sexually condescending opinions, whether it’s a joke, or it’s not. Half the time, it isn’t.

7. If A Woman Isn’t Showing Interest, Walk Away

Men, stop persistently chatting or being friendly with a woman who has shown zero interest in you. Talmabout won’t you greet me, are we fighting? When a woman isn’t interested, she will very likely make it as clear as day, but men loooove to interpret this as “playing hard to get.” If a woman is giving you signals that she isn’t interested in you; giving cold and direct responses, not initiating any contact/conversation, not making eye contact and so on, she doesn’t want you to try harder, she simply just wants you to fuck off. Don’t continue to flirt with her, because then you’re going to come off as a creep. Unless she gives clear signs that she is interested, she isn’t. The absurd part is, against our choice, women try to be cordial and even smile back at men who don’t want to back off, because a number of men are known to become aggressive when ignored or turned down.

8. Understand That No Means No

..And any other verbal or non-verbal response to your actions. No means you stop, apologize, and give her some space. It’s 2022, how do you not know this?

Stop victim blaming and challenge victim-blaming statements when you hear them. If you’re ever if the presence of someone that dismisses or questions a survivor’s story, call it out. Tbh, if you find yourself victim-blaming, you’re most likely a rapist by proxy. 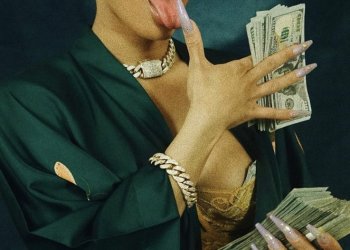 Every Woman Needs A F*ck Off Fund