We’re In The Mood To Argue: Let’s Debate If These Girl Code Rules Are Realistic

We’re just going to assume you know what girl code means but for better understanding, we’re gonna define it for you in the simplest of terms: Girl code = the unwritten rules all women must follow in their female friendships. It’s primarily just about women supporting other women.

We’re also going to assume you know some of the most popular rules, you know the ones: Never slut-shame other women, Never date a friends ex, Always tell your friend when her man or woman is cheating on her, Never abandon a drunk friend and so on.

This article isn’t focusing on the simpler rules, but more the stricter ones that we would say are debatable. For instance, must a friend’s enemy automatically become your enemy too? ..Hear us out, what if you had no part to play in their fall out and you happen to also be closer to the other person? What do you do then?

While some rules should be followed without hesitation – abandoning a drunk friend? never – some actually create inevitable fall outs and unrealistic expectations.

1. Your Friend’s Exes Are Off Limits 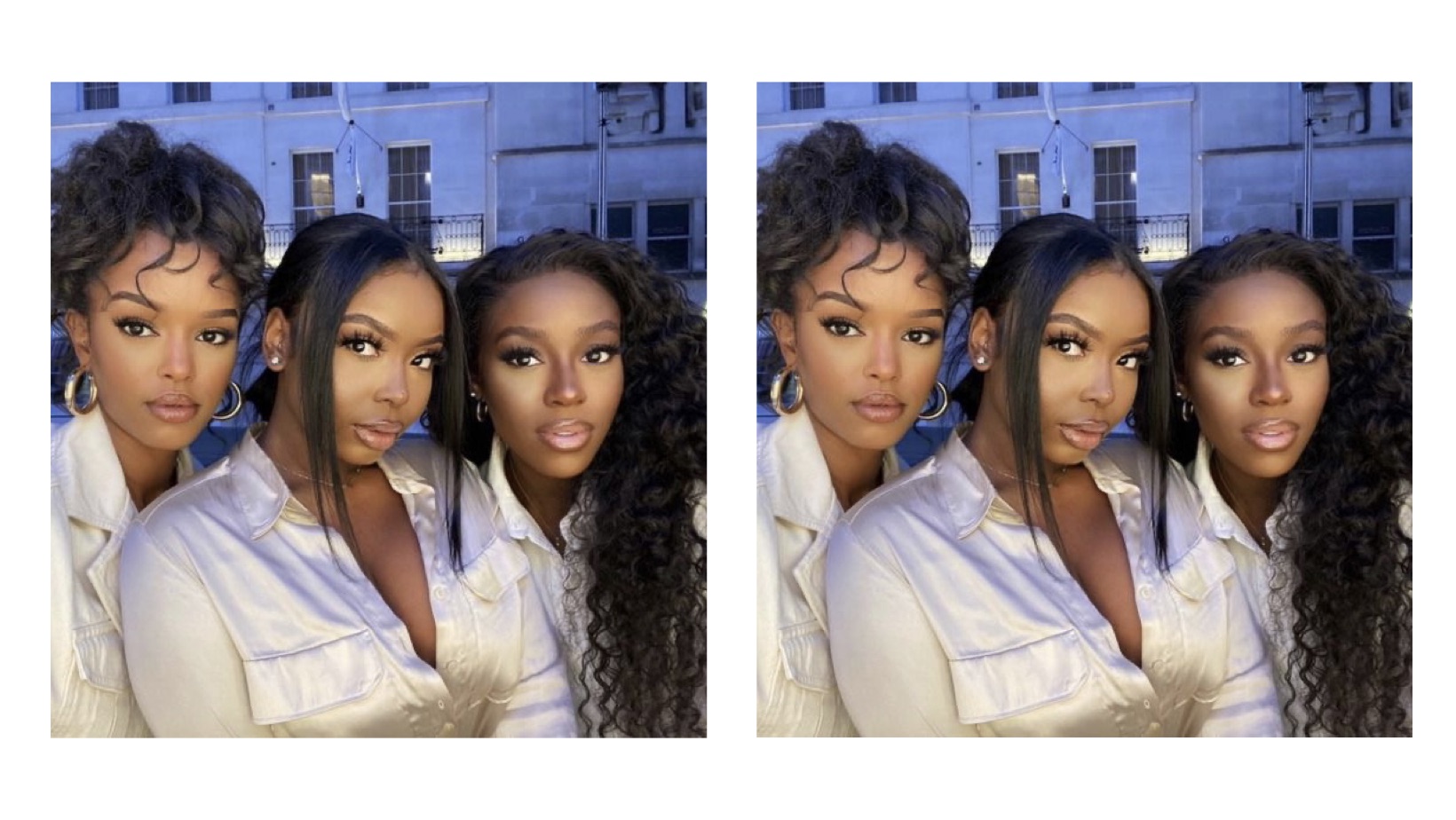 During one of our team meetings, this topic was brought up as a POV question we could ask our community, and while some were quick to shut it down with comments like, “dating your friends ex is wrong and you shouldn’t even be looking in that direction, no matter how many years they’ve been broken up for”, others had other opinions with comments like, “what if they have been broken up for a long time and have both moved on?” and so there we were, debating the most well known rule when it comes to friends and dating, and also the rule that seems to be broken the most often.

The most important thing of all, is communicating openly with your friend. If you find yourself attracted to someone your friend used to date and you’re both hitting it off, we’re not saying its right but that’s reality, whether we want to accept it or not. Understand that it’s very possible for someone you’re friends with to run into someone from your past. You have no control over that, and most of all you can’t control who your friends date. You can only hope your friend has the decency and is mature enough to speak with you about the situation instead of being shady about it.

If you ever find yourself in a scenario where you’re getting pretty close with someone a friend used to date, never be sneaky about it. That’s where the problem lies really. Instead, own it with your full chest by openly communicating the circumstances to your friend. Growing up and navigating this life and adulting thing means that sometimes, difficult conversations need to be had, and healthy relationships with people require healthy conversations.

2. Always Adopt Your Friend’s Enemy As Your Own 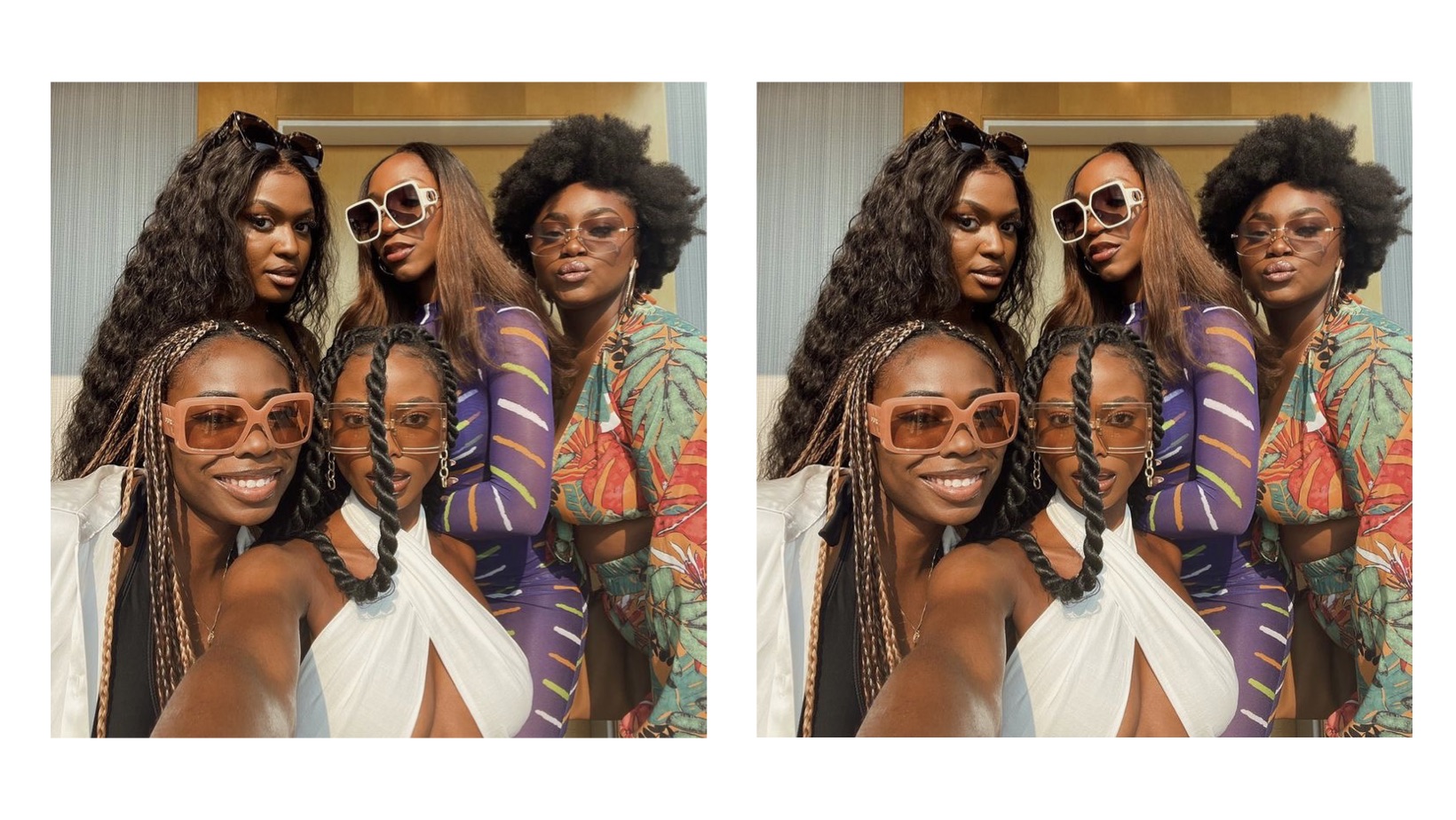 If you’ve never been in the middle of this situation, have you really experienced drama in your life?

If you’ve experienced friendship heartbreak, then you know it hurts like hell (maybe even more than romantic heartbreak), and it usually ends with mutual friends feeling a bit conflicted on how to move forward. Which friend do you keep talking to and which do you cut off? See? drama. The problem with this rule is, it’s unrealistic and creates room for headache.

Unless one party did something extremely disastrous and unforgiving to the other party, how do you exactly pick sides? especially if you’re good friends with both people and/or met them at different stages in your life. This rule is pretty chaotic and we’re willing to die on this hill.

3. Never Tell A Friend When Someone Isn’t Into Her 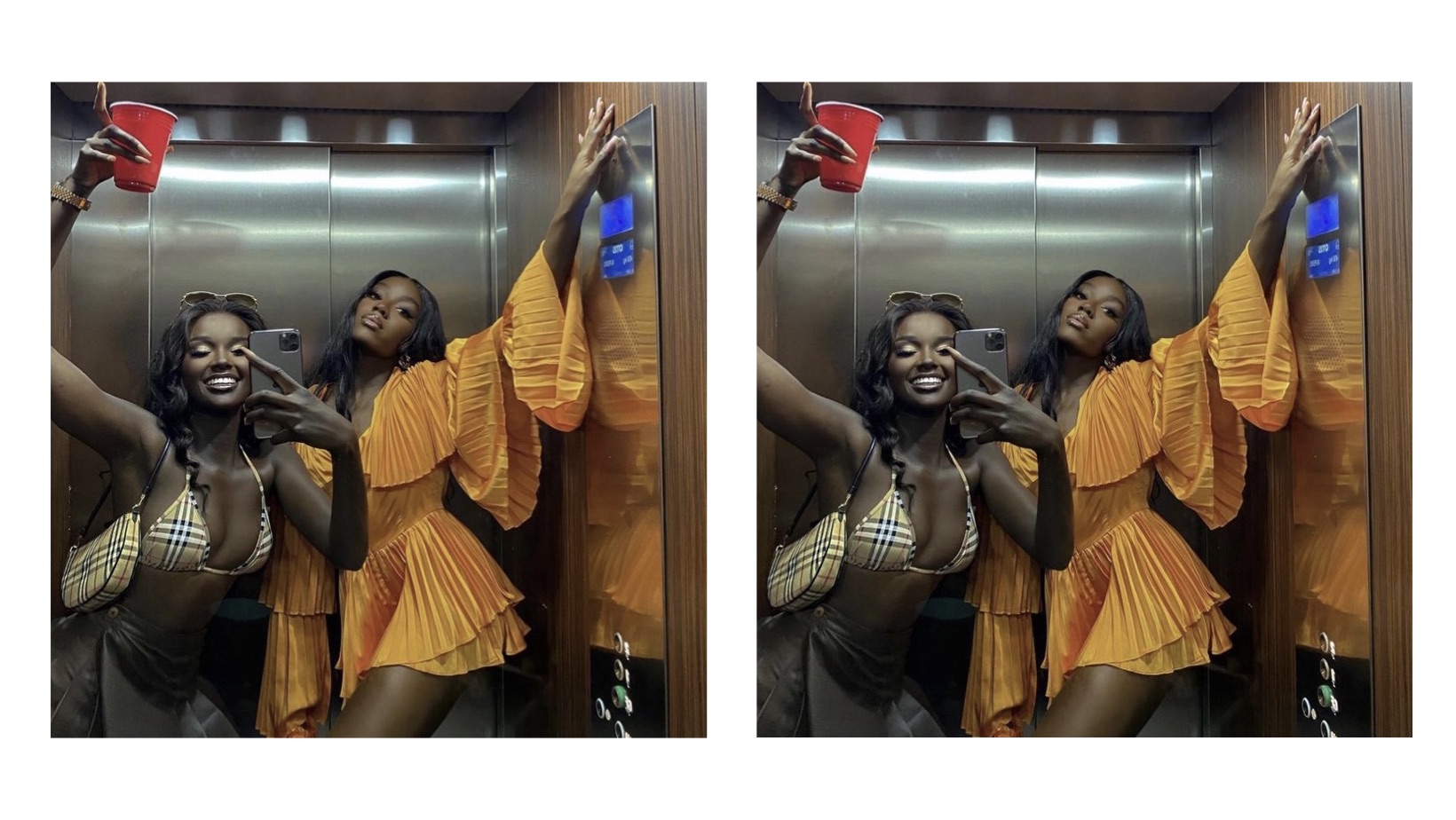 We’ve all seen the popular romantic comedy, He’s Just Not That Into You, which revolves around friends and lovers trying to navigate the complexities of modern dating. If you remember, the plot focuses on how in female friendships in particular, women never want to tell their girlfriends the truth, especially when it comes to dating and men not reciprocating feelings.

We need to be more honest, open and empathetic with each other, especially with the people we call our friends.

Friends should be able to communicate with you (in a gentle way and not an aggressive manner) and you on the other hand should be mature enough to not only listen, but also comprehend and understand.

If you start look at your friends like you’re in competition with them, anything they say or do will be easy for you to misinterpret. If you ask some women why they cut ties or stopped speaking to a friend, you’ll find out that in some situations, it was a one time offence that caused the friendship to end.

In this scenario, it’s much worse to not say anything at all than to allow your friend embarrass herself.

4. Never Have Sex With Someone A Friend Has Liked or Dated 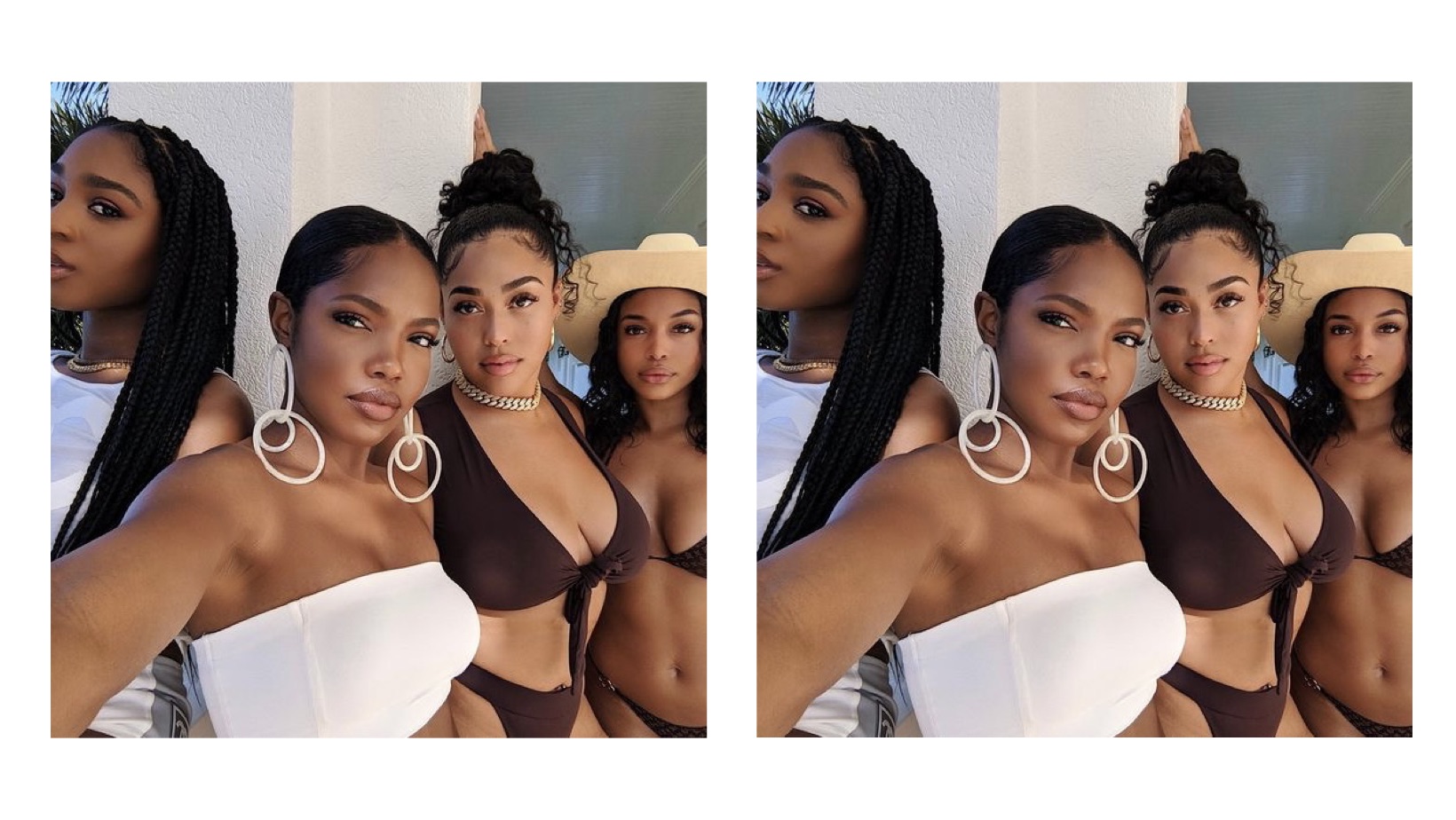 Just like number 1, hooking up with a friend’s crush or ex is off limits in the unwritten rules of girl code.

While this may be a terrible thing to do, we’ll say this; just like we stated in number 1, you have no control over certain situations and this is one of them. The people that will say “never” today can find themselves in the situation they thought they would never be in, tomorrow. So just like we also earlier stated, just be open and honest with your friend if you ever find yourself in this predicament, that’s the least you can do. But don’t think it can never happen to you, because life has a way of throwing out surprises. 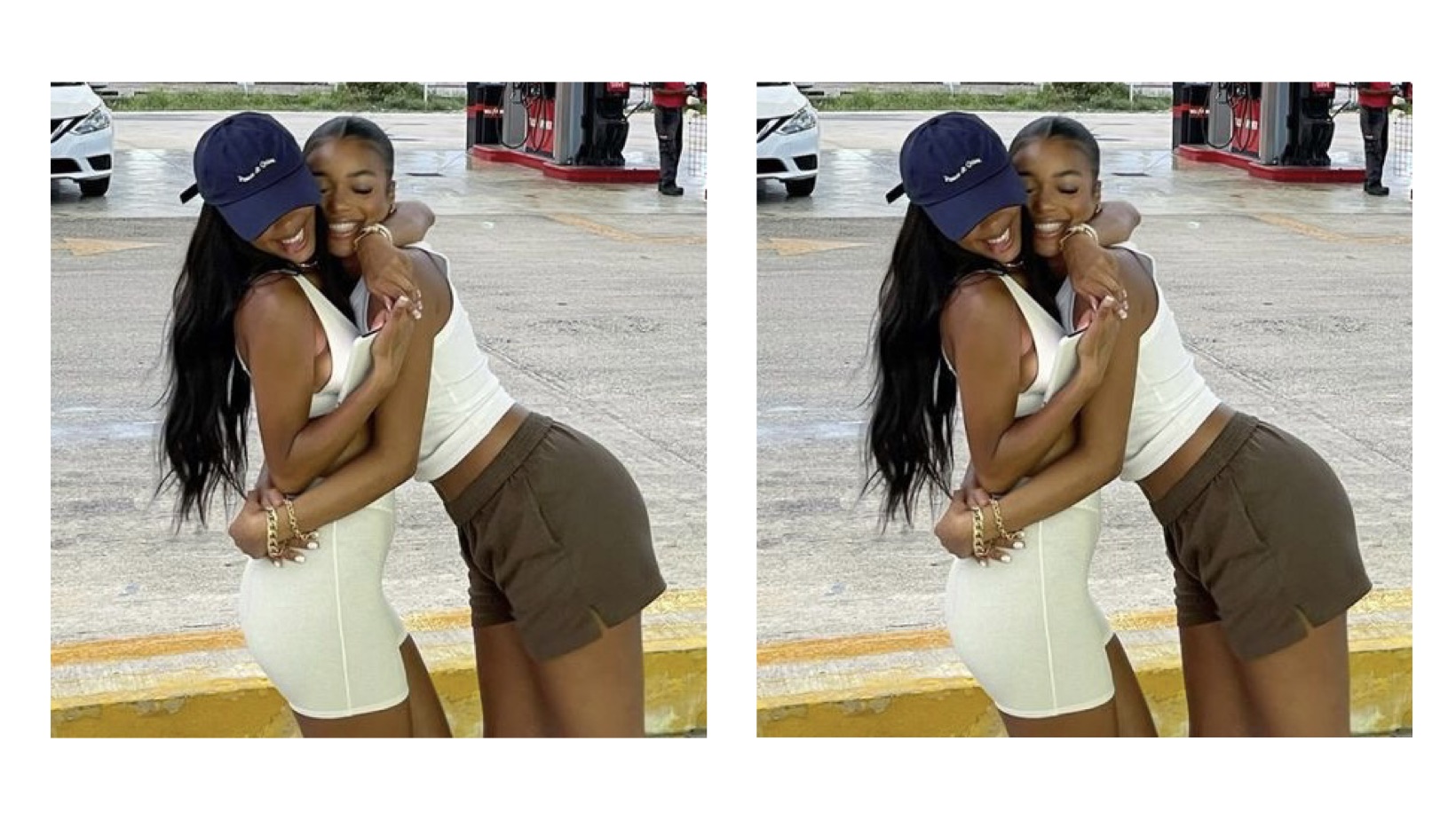 This is the most unrealistic of all, because if women claim to be following Girl Code, why are majority of arguments between friends centered around romantic relationships with the opposite sex?

Although you should always strive to put your girlfriends first, it can’t always be the case. Especially when you’re in a serious relationship and can’t always prioritize your friend over your partner. It’s called adulting. Finding a balance is hard but the people in your life should always try to understand.

Okay so tell us: Which rules on this list do you think are realistic and unrealistic?