Growing up in my African house, we weren’t exactly allowed to talk about marriage. Our focus was to be on our education and that alone. Regardless, I always had my doubts about it. As young as 15, I would tell my friends that I wasn’t going to get married until my late twenties or early thirties. They acted like I, or the idea was crazy, but I didn’t care. Marriage just didn’t appeal to me, I thought it was simply a rite of passage.

You go to school, find a job, get married, and that’s simply it? I definitely wasn’t going to rush into the ‘get married’ bit. Fortunately, my mentality has stayed the same. There are so many pressures from society, “do this, do that, no! not like that” Abeg, I’m sick of it. It’s my life, and I’ve chosen to live it how I see fit – you should do the same.

I always had the perception that marriage is a scam designed to hinder women, so my plans were to make as much money as I could and enjoy my single life to stupor before finally settling down.

Fast forward to now, I don’t want to get married at all. No matter how progressive a woman is, once she gets married, society will try to browbeat her into submission. Before you know it you are the only one taking care of your home, doing the bulk of raising the kids, etc. Wear that little black dress you always wore while you were single, and the whole world (especially your Nigerian in-laws) will act like a house is on fire, “Don’t you know you’re now married?” Honestly, because a woman is married doesn’t mean she isn’t allowed to feel good, or feel sexy.

I hope if I do get married, it’s to a progressive feminist man, but in a hugely misogynistic society like Nigeria, men like that no reach 100.

However I’ve lately come to realize that I’m a bisexual woman, so my options are wider. And if I’m being totally honest, I’m more open to settling down with a woman. Don’t tell my parents, but I also don’t want to have kids.

In addition to that, I’m big on personal space so I don’t want to share a space or home with other people. Don’t judge me, this is simply who I am.

I once wrote and published an article that ended with:

Being a woman is your father wanting to keep you decent and unspoiled for your husband, because of course you must want a husband, not a wife.

Read: Ways You Can Be A Better Ally To The LGBTQ Community

Anyway, enough about me. I spoke with six millennials about their views on marriage. Here’s what they had to say:

I think marriage can be a wonderful experience between two willing parties, to form a new and more stable institution with the objective of making the new union work. I’m really not interested in marriage but if it were to happen, I see two friends bound by choice, respect, honesty and love (notice I put love last? that’s because love isn’t enough. Never was, and never will be) under the label, marriage. I see it as a promise that both parties are ready and steadily willing to keep up. A safe space where we can both grow, change, and personalize our own positive definition of marriage.

I want to get married because I want to be someone’s baby girl for life. Last last, marriage is a sham and a scam but I’ll be lucky to even have that. My ideal marriage is me overseeing my business and coming home to a faithful and insanely wealthy dick.

I’m still unsure if I want to get married to be honest. Sometimes it seems like a cool idea to have a partner that will support you through life and all those other nice things, other times I’m not interested because of the societal expectations for women in marriage, and then the loss of some of my individual space or privacy.

Marriage is a lot for women. If I end up married, I hope for a marriage where I’m respected, where my thoughts are valid and where we don’t operate according to societal standards. I don’t intend to be submissive to anyone or go through the traditional or conventional way that is expected of women.

B and I are on the same page! *clinks wine glasses*

I didn’t always want to get married but that has changed since a while now. Not earnestly though, because I’m currently not even in a committed relationship. See, I don’t know if I truly want to get married. My ideals might change in a few weeks, years or because of a person, but I totally like the idea of companionship. Coronavirus and the lockdown changed my perspective on a couple of things; not that I was lonely, but I felt like if the world was going to end, it might as well end with me beside the love of my life. It is equally a tricky situation for me because men are trifling as fuck. Waking up one morning to watch the love of your life leave because they fell out of love is just so whack and I’m not trying to relate. If anyone rich is trying to get with me though, I don’t think mind. Who doesn’t like money?

Personally, I don’t think marriage is a bad idea. My marriage will definitely be decentralized. There would be no gender specific roles, we would both do things according to our capabilities.

Marriage? Eww. I never really thought about marriage until recently, I realized that subconsciously, the stories and experiences of married women online and around me is not something a sane person will look forward to. Getting married is not even a part of my plan right now, I have more important things to focus on.

I’ve never been big on commitment and relationships. If I do get married, it wouldn’t be for the right reasons. Probably just to get my family off my back. I’ve dated both men and women and I can say wholeheartedly that relationships are HARD WORK. It takes more than “I love you” to make a commitment work.

Trust me when I say a lot (a lot, not all) of our parents that are still married only stayed together out of fear of what society and family would think/say. A lot of married couples aren’t happy. My mother stayed in a toxic relationship with my father but was constantly smiling to the world, appearing like her marriage was perfect. Personally, that scarred me and made me view marriage for what I really think it is; a façade.

*Some names have been changed.

So, I guess I’m not the only one that finds marriage unappealing. I’m honestly not shocked about the women’s responses. Inequality is a bitch, but I’m genuinely shocked at the responses I got from some of the men. Well then, I take back my earlier statement. Indeed, there are actually some progressive feminist Nigerian men. Good luck fishing!

I’m also convinced that social media has created a space for women to be as open as they can about their experiences. One of the beautiful things about sharing your stories especially as a woman, is that other women will relate and support you. It is so interesting and powerful! knowing that you are not alone, knowing that they are people like you that see, hear and get you.

More women have come out to debunk the lie that marriage is only beautiful and everything a woman should look forward to. Now women are talking about their real life experiences on issues that have previously been deemed impermissible or forbidden. More women are talking about gender especially in the context of marriage, postpartum depression, abortion, miscarries etc. This has helped other women while making decisions on issues like these, and I love to see it! 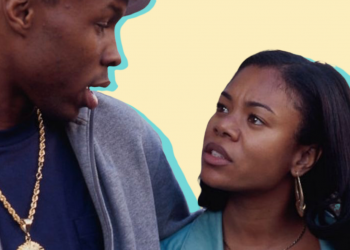