One thing I am sure of, is that Netflix has been doing a good job holding us down these past few months of the pandemic; they have been releasing new and timeless movies and TV shows every day, and I love it! They recently just added a range of black sitcoms to their catalog and I am here for it.

I love watching black people on TV, and I love seeing them play major roles. The first black person to win an Oscar was Hattie McDaniel and she won for playing a maid.

I’m glad we have moved on and elevated from playing these mediocre roles and have started playing roles that portray black excellence.

I don’t know about you, but a lot of black sitcoms have impacted me in so many ways. Growing up, watching Hilary Banks and Tony Childs, I believed I too could grow up to be a black luxurious woman. Having these shows available to stream on Netflix is a huge deal, because if you didn’t watch these television shows growing up or didn’t catch a few episodes on BET (like majority of us did, thank you DSTV), it’s very easy to forget they existed. 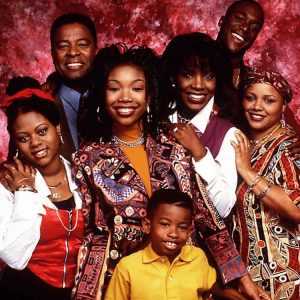 Moesha was arguably one of the best shows in the 90’s, it broke so many barriers and spoke on issues other shows airing at that time weren’t talking about. Issues like racial profiling, sex and drugs. It also showcased an example of a healthy middle class black family. A really beautiful watch and also really funny.  The show is about a teenage girl, Moesha, juggling the normal teenage stuff like school, friendship and boys, and at the same time learning to love her father’s new wife. It had really cool guest stars like Kobe Bryant (he took Moesha to prom). 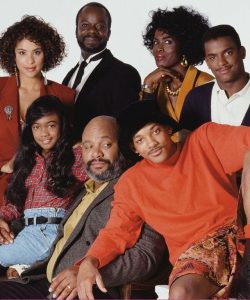 This is my second favorite comedy series of all time, falling behind the Bill Cosby show (sadly he destroyed his legacy and career). The Fresh Prince is said to be one of the most influential shows of all time and I couldn’t agree more. A beautiful example of a wealthy black family! For those living under a rock, the show is basically about a teenager who was born and raised in Philadelphia, got into a fight with some people making trouble in his neighborhood, and then his mom got scared and told him he was moving with his aunt and uncle in Bel-Air.

The show was so charming and ridiculously funny. It had amazing 90’s fashion that I still live for. The theme song actually lives rent free in my head. 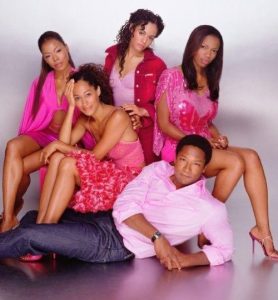 Girlfriends revolves around the friendship of four women (Joan, Lynn, Maya and Toni) who have different personalities and come from different backgrounds. I love this show, mostly because I love to see empowered women on my screen. This was another good TV series that spoke on struggles of being black and single in America. The best thing about this show is, it is so relatable. It sheds light on so many topics, and really shows us how crazy friendships can be. The show had an abrupt and messy ending, but it is still worth the watch. 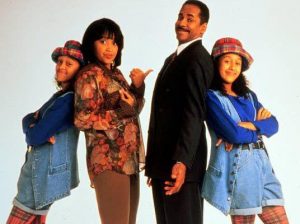 Twins separated at birth, suddenly find each other 14 years later. The show stars actual twin sisters Tia and Tamera Mowry, who couldn’t be more opposite in nature. The shows isn’t that humorous, but it’s family friendly. Tia and Tamera have really good acting skills and are fun to watch. It’s a really great and timeless show about sisterhood and life lessons.

The show was almost cancelled after just two seasons, but thank God for Warner Bros, they picked it up and gave it another four seasons.

I’m talking The Game, One on One, The Parkers and Half & Half. Fingers crossed!

99 Thoughts I Had While Watching Netflix’s Do Revenge