It’s been a few weeks since the release of The Smart Money Woman Series on Netflix and I have to say, this show deserves all its accolades and then some more. I absolutely loved watching it. I binged it all on a Saturday and for once, I can finally answer my mother’s question of what do you gain from watching all that tv? Well Mum, I gained so much financial insight from this one!

No seriously, your girl is now on her smart money journey and the forces of Lagos and adulting can’t stop me.

About the Show & It’s Script

This series follows the story of 5 female best friends unravelling their different stories on their financial journey. While being so entertaining, it also teaches us the ultimate guide to financial freedom, the step-by-step breakdown of the lifestyle of a woman who knows what she wants financially and is willing to smash all her financial goals. Arese Ugwu, the producer and author of the book- turned-series really blessed us with nuggets all through; From lessons on budgeting and investing, to financial planning, it was the full package. My favorite part of this series is its practicability. It speaks on all the issues that affects our finances such as black tax, emergencies, satisfying the spirit of “you only live once”, to even asking for a raise from your boss that you rightly deserve. Arese is out here teaching Women how to do it and we love her for it!

The smart money woman TV series could not have come at a better time.

The character setting of this series was so great because it was giving Naija’s version of Girls Trip (without the trip). The Smart Money Woman series follows 5 gorgeous girlfriends with different financial journeys and mindsets, learning and unlearning their way to financial independence. The casting was almost perfect as we watched the actresses fit right into their characters. I loved seeing a healthy group of girlfriends just supporting each other through thick and thin; the flexing and fallouts, the highs and lows and of course, the heartbreaks.

There were some scenes that did feel uncomfortable however. For instance, the scene where Lara sends her African mother out of her home felt all too unreal (I mean, shouting on your African mother? Sounds quite dangerous.)

Osas Ighodaro played the lead with Zuri’s character. I love how this character came to life. She felt relatable to the average Nigerian woman and that was just so refreshing to watch.

A post shared by The Smart Money Woman TV (@thesmartmoneywomantv)

I enjoyed seeing Adesua the rising lawyer on my screen, but frankly, her patience with her husband can fit into a Ghana-must-go sack and still have enough to spare. For some of us who carry our patience around in Lizzo’s Valentino bag, we just didn’t get it.

Tami, the fashion designer & creative, bodied the spoilt brat character so well. She was such a sweet girl, and the ray of sunshine she added to the group made their squad feel like they were our friends too.

A post shared by The Smart Money Woman TV (@thesmartmoneywomantv)

I enjoyed the toughness and kick-ass energy Toni Tones as Lara the oil & gas executive added to the group. The truth is, we all need a Lara in our corner.

Ladun played by Ebenezer Eno, at first felt like a character that wasn’t too necessary to the plot, not because she didn’t do well (she was amazing), but because at several times it felt like she was the least active friend in terms of the quality & quantity of her conversations in the niche. Later however, we saw her character come to life after the demise of her father-in-law causing the financial trouble in her family. I must admit that it was nice to see the fabulous babygirl lifestyle she portrayed. If your mother-in-law is not borrowing you her boat to travel from Ikoyi to Apapa, then you can’t sit with us.

I appreciate the bigger picture for each character because at the end of the day, there’s a reflection of one or more of each woman in every friendship group.

The supporting male characters were interesting to watch too. Timini Egbuson did a great job at playing Bobby the yahoo boy and creating one of the series favourite phrases; BOB – Based on Bobby.

Temisan as Tejiri was always a breath of fresh air on-screen and I would say Seun Ajayi as Adesuwa’s Soj did a convincing job of showing us how mad Nigerian men can be. 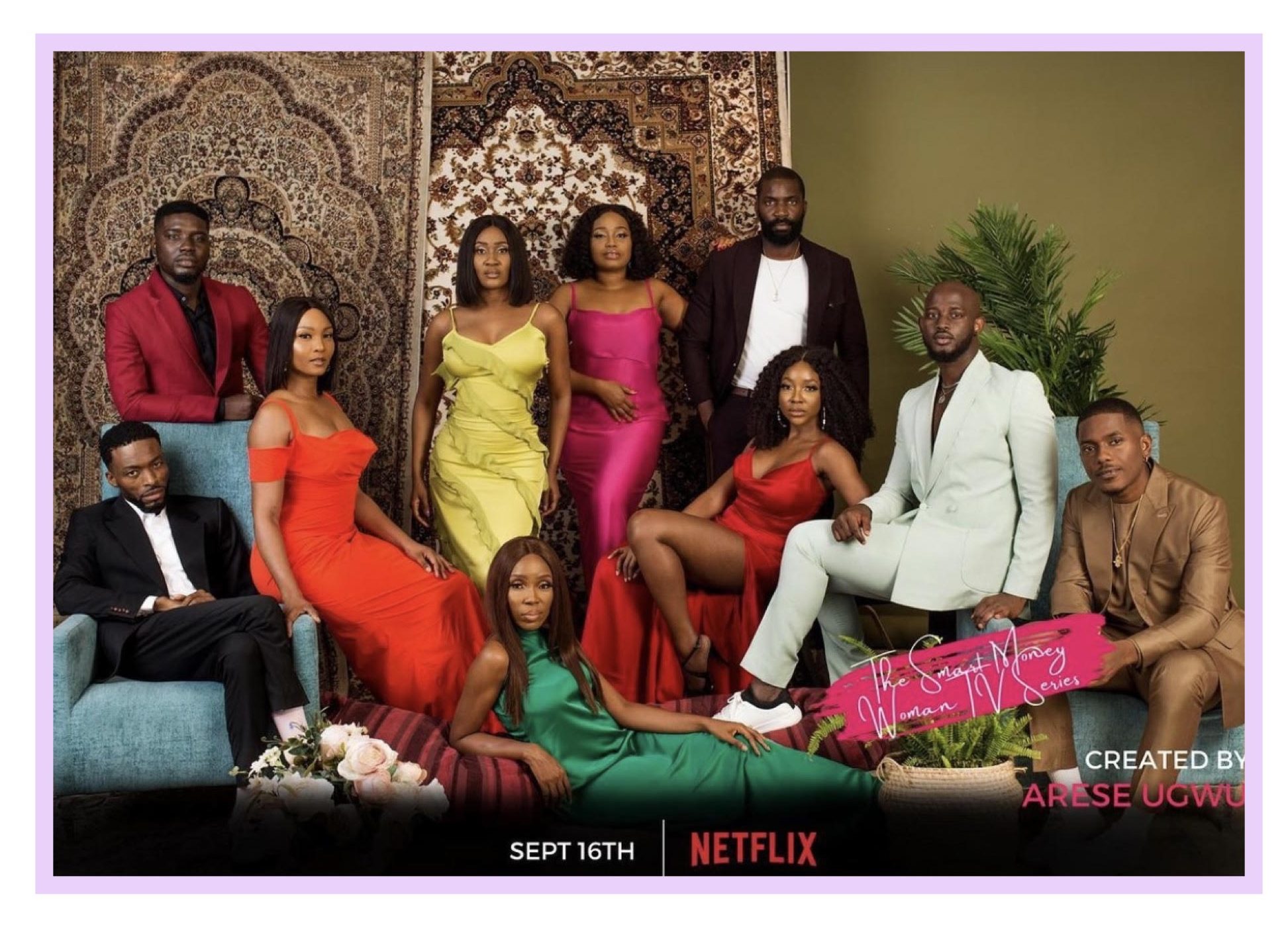 Kabiri Fubara as Bode gave us a vanilla performance which is fair, seeing as he appeared in limited scenes.

Eso Dike was inarguably an important male character in the series, playing Zuri’s love interest as Tsola. The essence and scripting of his character in itself is nice, as we know Tsola was a force that propelled Zuri towards attaining her financial goals. The playing out of the character however felt a bit uncomfortable. It was almost like Tsola was trying hard to give off a controlling Christian Grey vibe, in his verbal and non-verbal conversations and that didn’t quite digest well with the plot. I  think it would have been sweeter to see a slightly vulnerable Tsola.

Read: King of Boys: The Return of The King. Yay or Nay?

Watching this series had me decluttering my financial mindset, installing investment apps, re-analyzing my personal budget and re-examining my financial goals. You have to watch it; you just have to. The Smart Money Woman Series is that financial push you didn’t know you needed but now you can’t live without.

Have you watched the series? Tell us what you think!